An update & some photos of the continuing situation in hometown Wagga Wagga NSW.

JulieAnn's house was safe from water inundation at The Rock, but sadly her family & friends have once again endured flooding though their homes. The cleanup begins again...

Over 8000 people have been evacuated in Wagga last night in preparation for the Murrumbidgee River height reaching record levels. All are hoping the levee bank built following 1974 floods will hold and not exceed the predicted 10.9metres...it is a waiting game.

North Wagga have had to leave their homes & businesses, this section of town is inundated.

Some photos from various sources of the situation so far

Keep Safe eveyone, we are thinking of those in other areas too including Victoria & Queensland.

Looking to the Wagga Beach (River)

Road to my work...No Go, the area under evacuation.

Email ThisBlogThis!Share to TwitterShare to FacebookShare to Pinterest
Labels: Floods 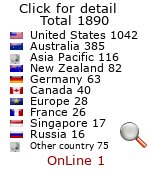